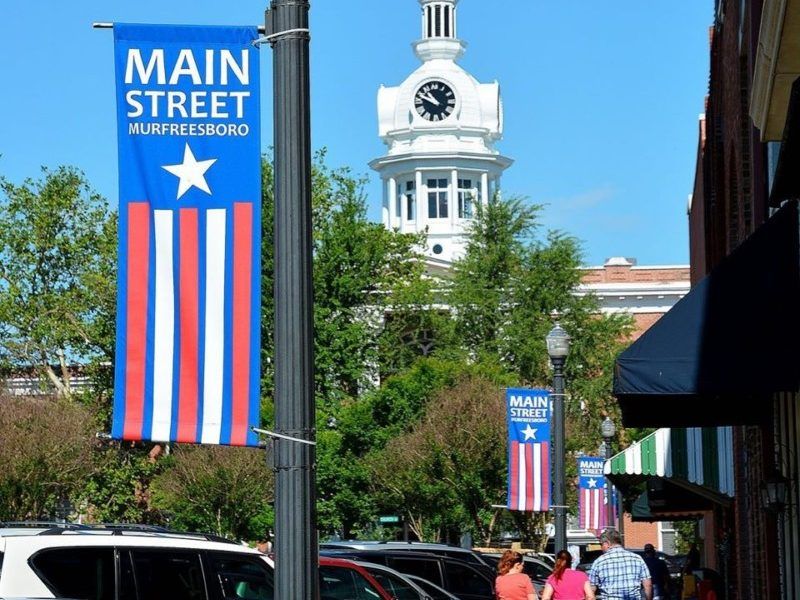 Thinking of Moving to Murfreesboro

Located approximately 35 miles southeast of Nashville, Murfreesboro is a beautiful community located in the heart of Middle Tennessee. Find out more about Murfreesboro, a city that has been named one of the top 20 places to live in the United States, according to Time magazine. 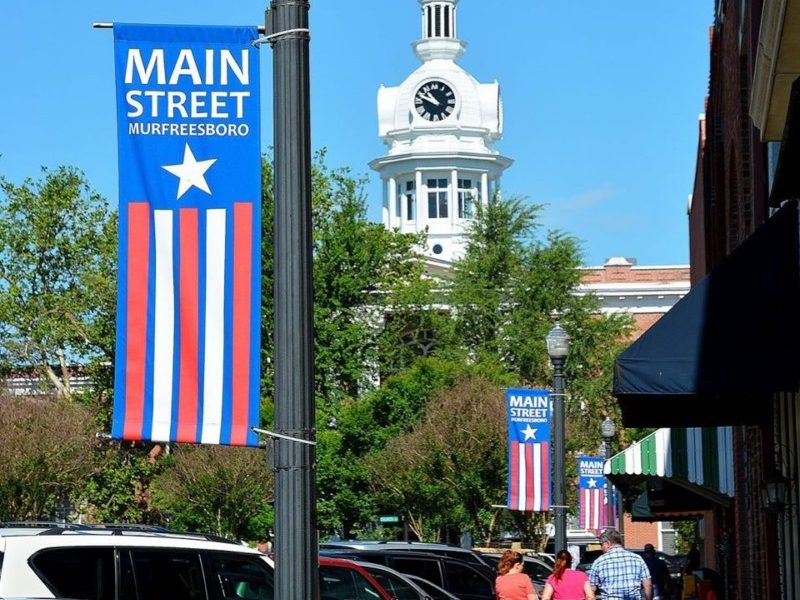 Murfreesboro is in the geographic center of Tennessee with a historical marker on Old Lascassas Pike to prove it! Murfreesboro is in Rutherford County and serves as its county seat; however, it was the state capital from 1818 to 1826. The city joins Nashville and Memphis in the Central Standard Time zone, while other Tennessee metros like Chattanooga and Knoxville use Eastern Time. With an elevation of 610 feet, the city is neither mountainous nor low-lying, but instead occupies a comfortable middle ground, complete with lush, rolling hills.

Thanks to its location and elevation, Murfreesboro enjoys a mild climate throughout the year. Temperatures range from daily averages of 78.8°F in the warmest month (July) to 37.7°F in the coldest month (January).

Modern-day Murfreesboro is a center for arts and culture and home to Middle Tennesee State University (MTSU). Each year the city hosts several music and arts events and exhibits. This includes the Main Street Jazzfest, Uncle Dave Macon Days, and the Murfreesboro International FolkFest.

Those looking for more entertainment and cultural experiences in Murfreesboro can check out the Middle Tennessee Museum of National History, the only natural history museum in the state, or Discovery Center at Murfree Spring. Additionally, the city has many shopping and dining establishments, with everything from big box stores and franchise chains to independent retailers and small businesses.

Murfreesboro continues to receive national attention as one of the best places to live. Residents enjoy a reasonable cost of living with median household incomes and plenty of educational and entertainment opportunities.

In recent years, the popularity of Murfreesboro has grown so much that it has been named as one of America’s fastest-growing cities. Ready to make Murfreesboro your home? Keep an eye out for new communities and homes coming to Murfreesboro thanks to Tennessee’s Favorite Home Builder, Ole South.

"I am so satisfied with my Ole South home that I currently own not one but two homes built by Ole South and seven of my family members also own Ole South homes all purchased within the last few years."