With the help of corporate partners like Ole South Properties, MTSU students get experience in real estate even before they graduate

There is arguably no hotter commercial and residential real estate market in America in 2021 than the Nashville, Tennessee area, which includes Murfreesboro and Rutherford County.

More cranes dot Music City’s skyline than perhaps just a handful of other cities around the globe. But it’s not just new development that’s red hot. On the transactional side, as just one example, Nashville's oldest shopping center, the 118-year-old Nashville Arcade occupying a city block between 4th and 5th Avenue downtown, sold in April 2021 for $28 million to a New York real estate firm and a group of local investors.

Meanwhile, home prices in the Nashville-Davidson-Murfreesboro-Franklin, Tennessee MSA were up 11.6 percent for January 2021 compared with January 2020, according to the CoreLogic Case-Shiller Index. Talk to any real estate agent in Middle Tennessee and they will tell you they’ve never seen a better market.

On the campus of Middle Tennessee State University (MTSU) in Murfreesboro, college students interested in working in this fire-hot industry don’t have to wait until after they graduate to try to figure out how to become a player in the market.

That’s because a novel experiential program– a fully licensed, for profit real estate brokerage established for students of MTSU thatthat provides the complete gamut of commercial and residential real estate services in Middle Tennessee. The brokerage, spun out of MTSU’s Real Estate Program like other research and business incubators at Universities around the nation, helps students obtain their license and get a head-start working in the real estate industry even before they graduate.

The program is a game-changer for potential employers, who know MTSU real estate graduates are ready to (literally) hit the ground running.

At the heart of the novel program is Raider Realty, a student realty company launched by Philip Seagraves, associate professor of Real Estate in the MTSU Jennings A. Jones College of Business, and also an independent real estate investor, developer, and broker.

Through various savvy corporate partnerships, students in the program and working in the brokerage firm benefit from the mentorship of seasoned local executives like John Floyd, founder and owner of Ole South Properties, Tennessee's largest home builder, who launched his own real estate career at the age of 23 (in 1986) and whose company today is recognized among the Top 100 Home Builders in the nation.

Working in Raider Realty, students not only achieve an education and a degree, but also earn commissions. A portion of every transaction’s commission  of Raider Realty’s brokerage activities (and they are substantial) are also plowed in to more student opportunities, scholarships, and educational programming.

Raider Realty started as an offshoot of MTSU’s Blue Raider Real Estate Club, evolving into an actual realty company in 2015 when club members renovated and marketed a group of commercial properties in downtown Murfreesboro that Seagraves, in partnership with Burton Street Development, acquired and handed over to students.

“Though the primary participants in Raider Realty are students, faculty, and alumni of MTSU,  it is not a part of the University from a legal standpoint,” Seagraves explains. As he told MTSU magazine, “Just like a major research university might spin off a company with investors from the outside, that’s what we’re doing.”

Evidence of the program’s success in preparing ready to work graduates dates as far back as 2015 as well, when the National Association of Real Estate Investment Trusts sponsored the inaugural Real Confidence University Portfolio Challenge. In that competition, teams from 15 universities nationwide vied to create the best-performing portfolio from a mixture of real estate investments. Each university team chose how it would allocate $1 billion to four quadrants of commercial real estate investment: public equity, private equity, public debt, and private debt. The best-performing portfolio over a four-quarter period won. MTSU finished third nationally, ahead of Harvard.

Seagraves has said the aim of the program is to supply Raider Realty’s competitors with a staff of well-prepared new employees in the near future.

“We do that by helping them to be great while they’re here,” Seagraves told MTSU magazine. “The students have such enthusiasm for the profession, and they can learn from our knowledge, academic theory, and yes, even the bruises we sustained in the profession.” Raider Realty is also a great place for students to learn about business and entrepreneurship since, as a for profit business, they are exposed to the inner-workings of expenses, profits, and learn how a brokerage works. Seagraves explains, “Raider Realty is not a charity! Yes, the brokerage has established a Scholarship Fund that supports students and helps fund MTSU’s Real Estate program, but the program also pays out commissions, profits, and wages!” Seagraves goes on to say, “When the students get their 1099 at the end of the year with their total commissions added up, they can really see how their work has paid off.”

Floyd, a major supporter of the program, and a longtime financial supporter of the university through other initiatives like athletics sponsorships, as well as a seven-figure donation to support student success at MTSU, says his investment in Raider Realty just makes sense.

“This is about getting laser-focused and intentional about the career path these students want to create for themselves and starting down that path while they are still in school—not the day they graduate,” Floyd has said, adding that he now employs many Raider Realty graduates. “I’m just reinvesting in the community. I’ve done extremely well in this community, and MTSU in many ways represents a lot of my success.” 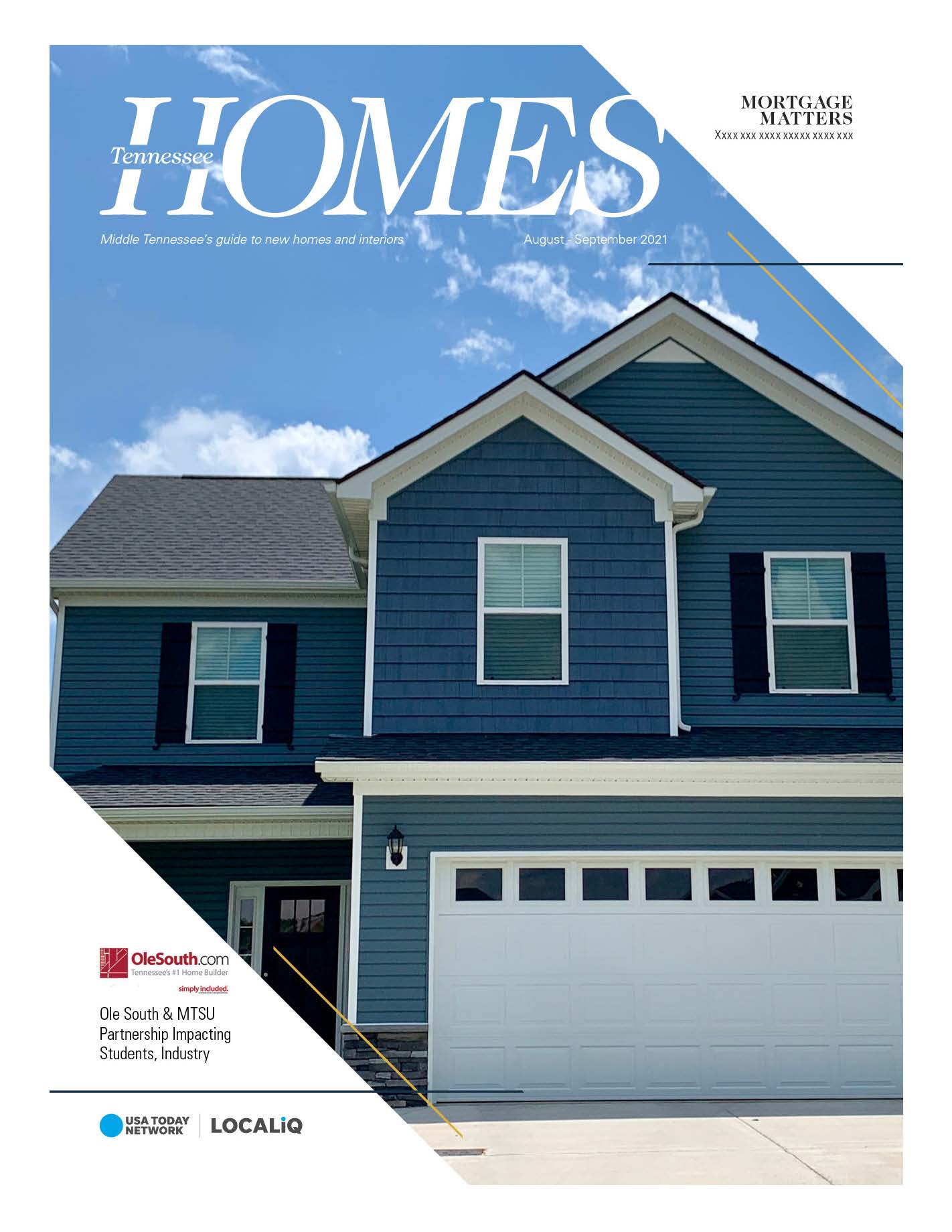 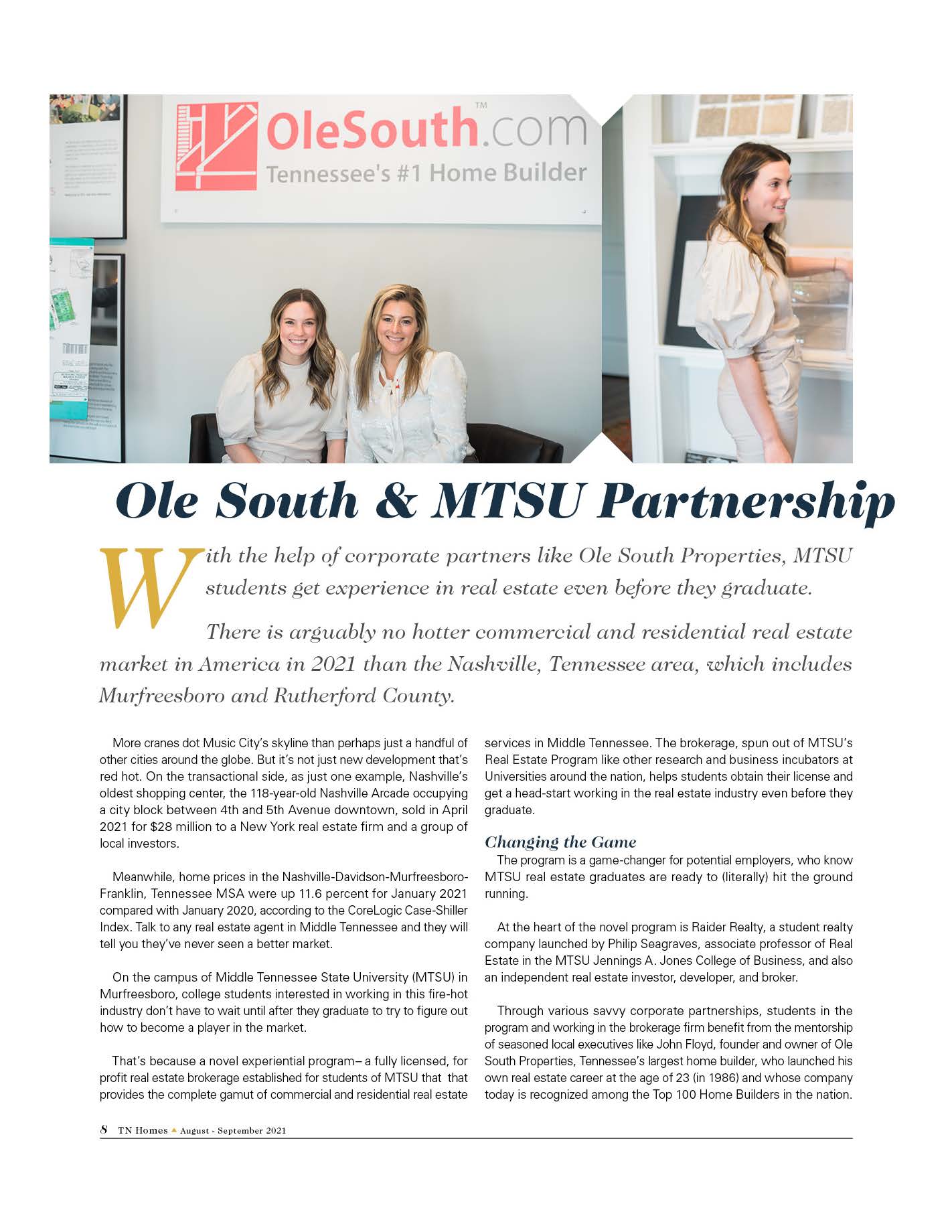 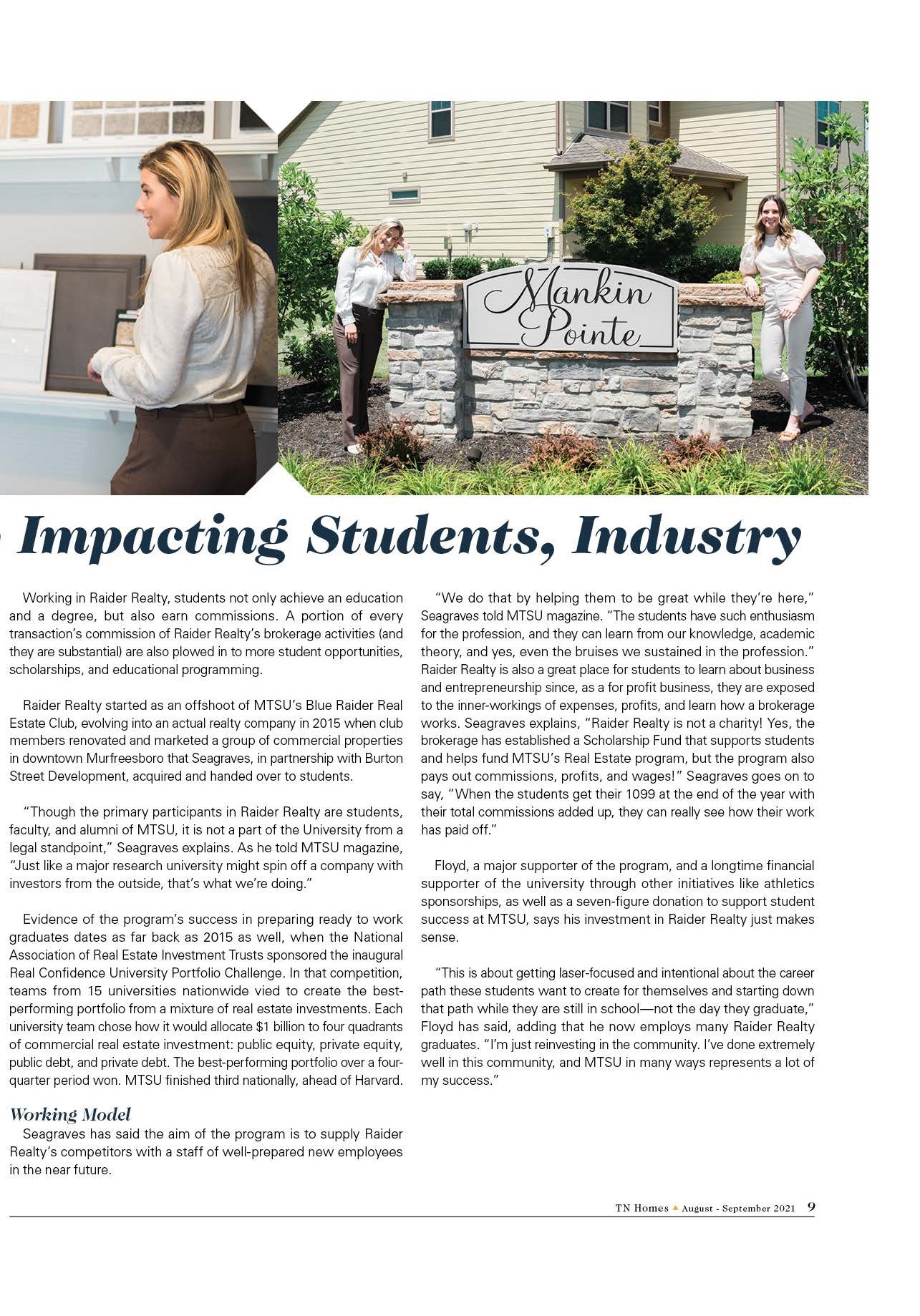 "Seldom does one deal with a business where one develops such trust and receives such great customer service and a superb finished product."